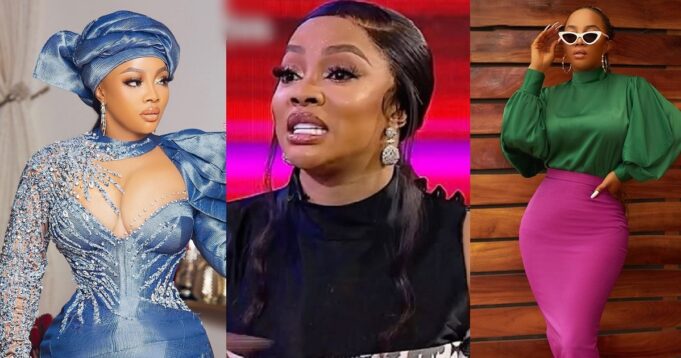 Popular media personality and lifestyle vlogger, Toke Makinwa, has compared herself to her aunties, whom she used to criticize for being unmarried in their 30s.

Toke Makinwa, in the latest episode of Tokemoments, spoke about watching her aunts live with her family when she was a child and how she often questioned why they were single and not in their husbands’ houses at that age.

According to the 37-year-old, as a young child she believed her aunties were unmarried at 30 and living with them because they were promiscuous Toke says she feels she has now become those aunties as she is 37 years old and still not married.

Speaking further, she wondered if her nephews and nieces look at her and think the same way she thought while growing up.

She also spoke about how the standards and qualities that were once valued in men, such as being God-fearing, tall, and attractive  have all been compromised.

Watch her speak below,

Toke Makinwa’s marriage to her estranged husband Maje Ayida was dissolved by an Igbosere High Court in 2017.

Toke had filed for divorce on March 9, 2016 on the grounds that Maje committed adultery.

Justice Morenike Obadina, while delivering judgment held that Ayida filed an answer to the petition but did not give oral evidence in support of it.

She said the position of the law was settled as pleadings did not amount to evidence.

Toke Makinwa
Share. Facebook Twitter Telegram WhatsApp Email LinkedIn
Previous ArticleThree arrested, 20 corpses recovered from Edo shrine
Next Article Man who dumped his girlfriend of 2 years to marry someone else begs her to become his side chic