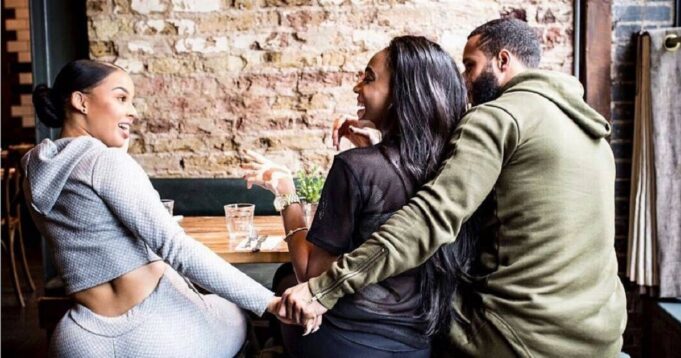 A Twitter user has taken to the platform to narrate how a man who dumped his girlfriend of two years to marry someone else returned to beg her to become his side chic.

According to @ThatUrhoboGirl, the man dated his ex-girlfriend for two years and suddenly broke up with her to marry a lady he met within six months.

The heartbroken lady managed to pick up the pieces of her life and moved on from the devastating breakup.

However, the said man came back shortly after his wedding to ask her to be his side chic because he hasn’t moved on from the love they shared.

“They dated for 2yrs only for him to marry another girl he met within the short period of 6months.

She let it slide and moved on with her life. Dude is back, asking her to be his side chick, that he still have memories of their love and he can’t move on just like that 🤦🏿‍♀️” 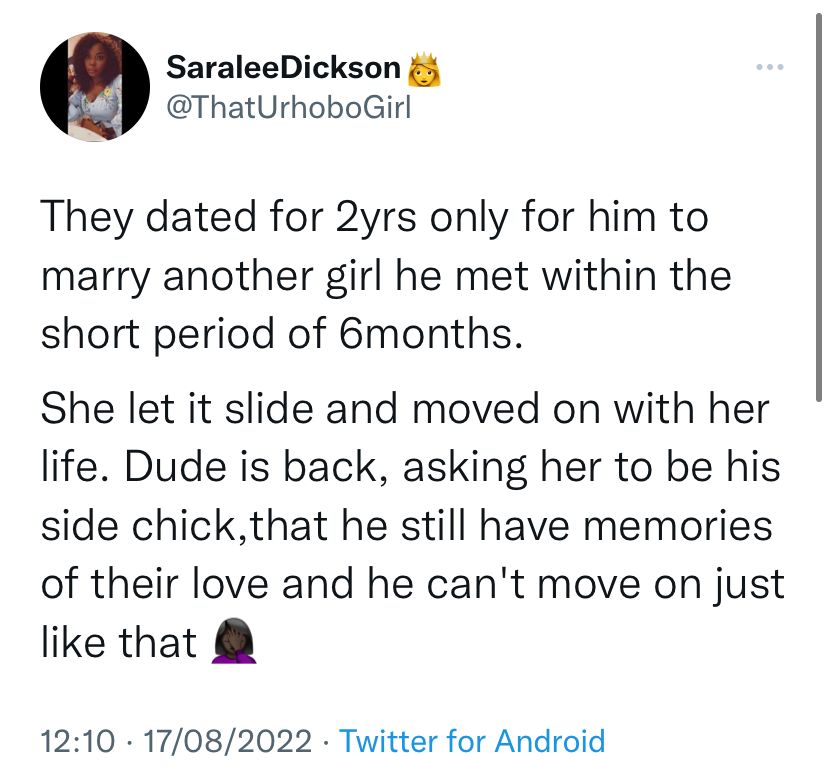 In other news, a married Nigerian man, Smith Akom Takema, has expressed regret after learning that his ex-girlfriend passed away few days after he ignored her calls.

Takema, the Senior Special Assistant to the Benue State Governor on Rural Development, said his ex-lover called him several times last week, but he didn’t pick up her calls. Unknown to him, she was calling from her hospital bed.

The married father of four said he ignored the calls because he was scared of reestablishing contact with her, only to receive the news of her passing later