Singer, Portable stirs reactions on his face as he gets coffin tattoo and others on his face

In a video that’s currently serving rounds on social media, the singer is seen getting some tattoos on his face. 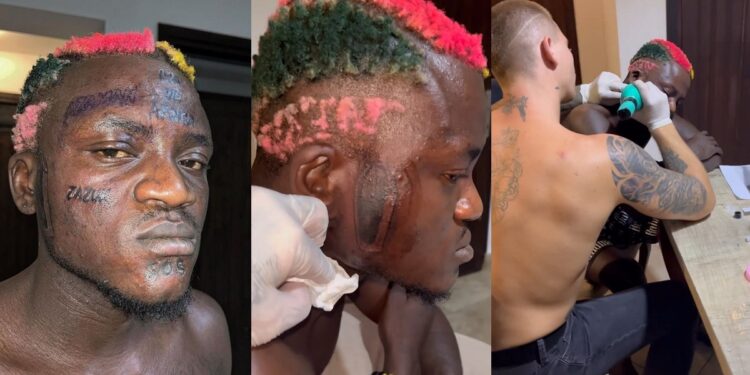 Controversial Nigerian singer, Portable took a lot of his followers by surprise after showing off his latest tattoos.

In a video that’s currently serving rounds on social media, the singer is seen getting some tattoos on his face 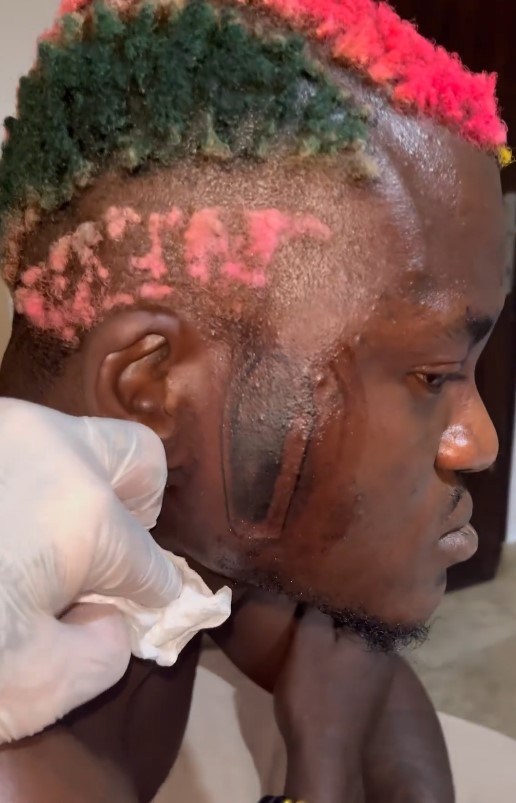 One of the tattoos is that of a coffin, while the rest are words, more like catchphrases that are used frequently by the singer.

Watch the video as you scroll,

A little while back, a show promoter identified as Alaafin Washington shared the alleged reason why controversial singer, Portable, was denied a visa by the American embassy.

In a video he shared on social media narrating his plight, he called out a show promoter who made arrangements for him to attend an event in the US and paid him N3 million upfront.

According to him, the promoter deliberately wanted to make him travel with 10 people whom he didn’t even know in an effort to sabotage his chances of getting a visa.

Portable said the promoter sent 10 other people to the embassy on the day of his interview and informed the authorities that he was their leader, which made the embassy deny them visa.

Portable said since he was denied visa and could no longer attend the show in the US, the organizers are demanding N20 million for damages.

Portable accused the promoter of trying to ruin his career and rip him off with the well planned sabotage. Watch the video and read more here